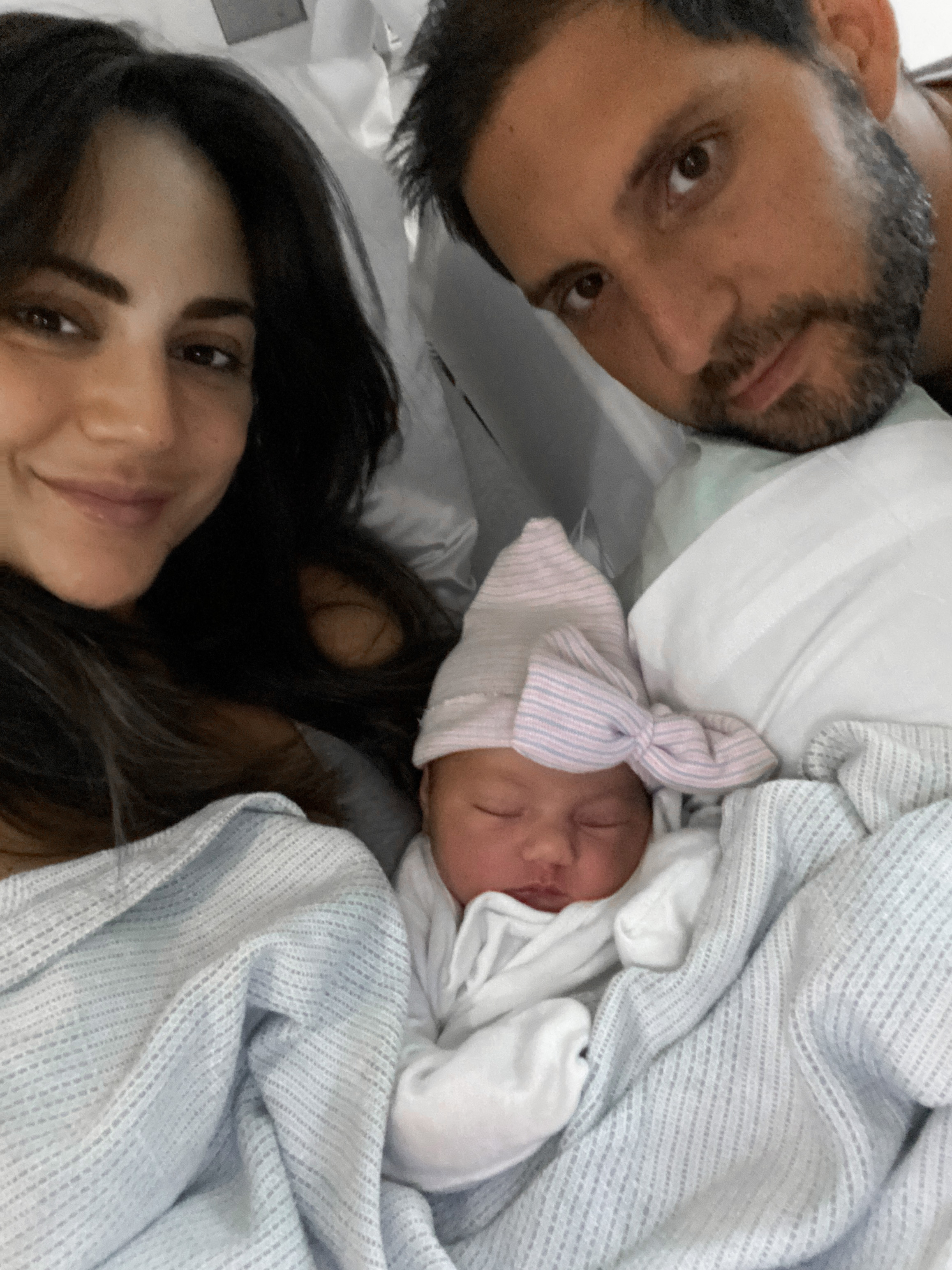 After what seemed to be an never-ending 9 months, I truly can not believe my baby girl is finally here. Let me start by saying my husband and I are completely over the moon with her and she literally couldn’t be more perfect. Giving birth is such a crazy, nerve-racking, but beautiful experience all at the same time. I’m not going to lie, one of my biggest fear going into this journey was childbirth. You hear so many horror stories about it and a lot of them are just straight up discouraging. Not to say my birth experience was a walk in the park… As you’ll read down below, it was far from easy. However I don’t want this to ever discourage any future moms out there from this amazing experience. 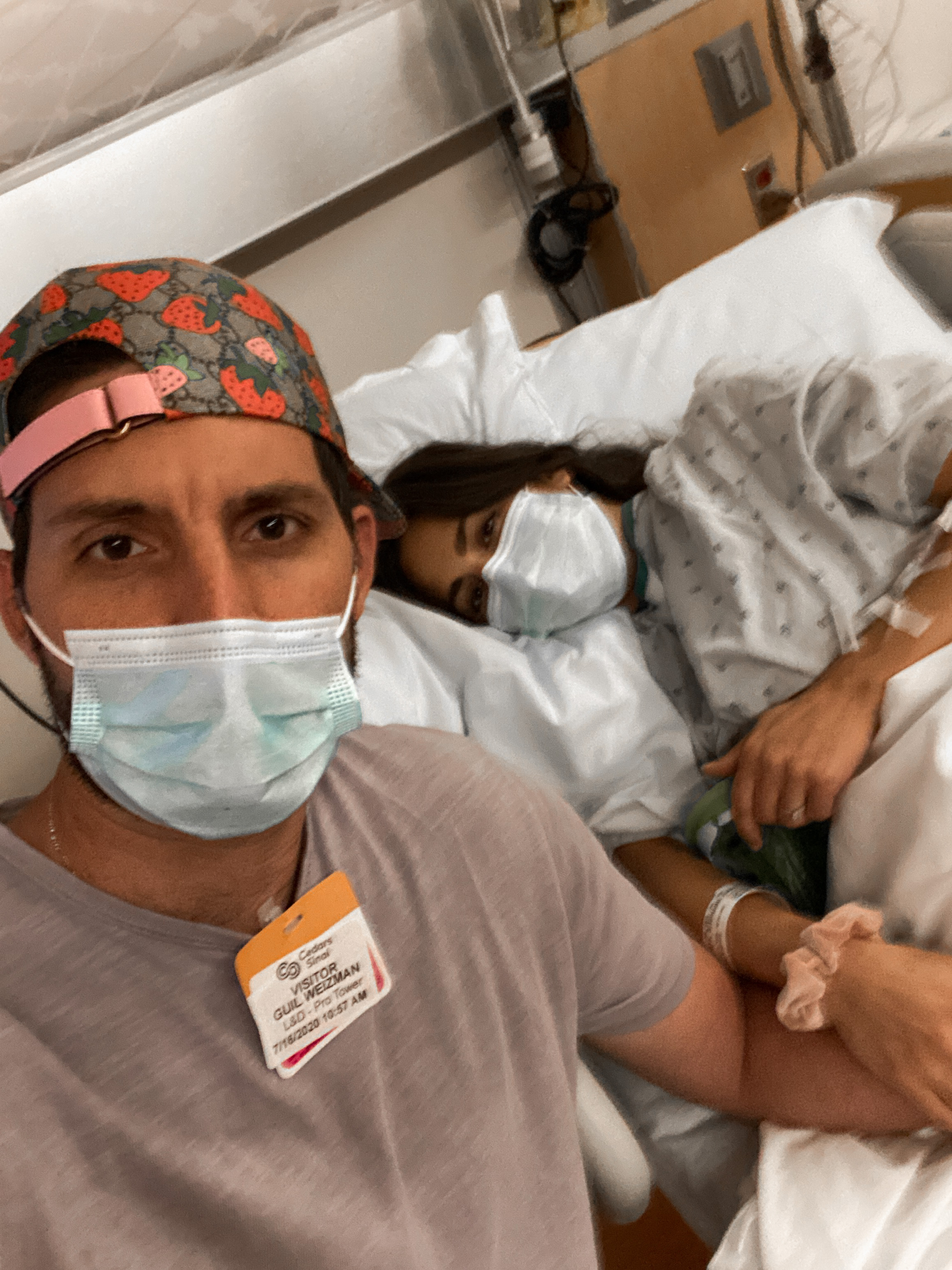 How it all went down

My due date was July 19th, but something told me (or at least I was hoping) that Kaia was going to be an early baby. She had already dropped and was pretty low weeks before the end of my pregnancy, but still, I had no signs of contractions… until the 16th that is. I woke up with mild cramps around 8AM that I figured would go away. Seeing as contractions typically start slow and can take hours (if not days) to increase, I wasn’t sure how ready baby girl was to coming out. I said bye to Guil before he left for work, but little did I know he would be back 30 minutes later.  I barely had time to take a shower and get ready before the contractions drastically increased. They were painful, but still tolerable, however, they were getting stronger by the minute and this was no time to gamble. I had my husband rush back home, we grabbed our hospital bags and off we went. My contractions were quite strong and close together at that point. We checked into the hospital by 10AM where a nurse examined me and to her and my surprise, discovered I was already 9.5cm dilated, which for those of you who aren’t very familiar with these numbers, is almost considered fully dilated. With COVID, we were asked to wear a mask the entire time, but I was just happy my husband could be with me. They immediately rushed me to a Labor & Delivery room, hooked up my IV and asked me if I wanted to get an epidural.  It all happened so quickly and my brain was still trying to process everything that was going on, but I agreed to the epidural, afraid that it would be too late to take it if things progressed any faster. Although the pain was manageable thus far, I knew it would only get worse. So we waited about 30 minutes for the anesthesiologist to come in and get the procedure started. I was a little worried, not gonna lie, but the procedure was just slightly more painful and uncomfortable than a blood test. After that, it wasn’t long before the medication took effect and the pain completely disappeared! However, the meds also made me drowsy and numb to the point where I could barely move my legs.

About 2 hours later, I was finally at a full 10cm dilated and the nurse asked me to start doing some push tests before calling in my doctor. The epidural was so strong, it was hard to feel anything at all at this point. The combination of the drugs and pushing started to make me really fatigued and nauseous, which caused me to throw up (I know, not so glamorous, probably TMI, but I want to keep it 100% real with you guys). After doing a few trial pushes on and off for a few hours, I asked for my epidural to be lowered seeing as I was still very numb and nauseous. By that time, it was already around 3.30PM, we were still waiting for my doctor to arrive and I was feeling so exhausted… Still having to wear a face mask the entire time. 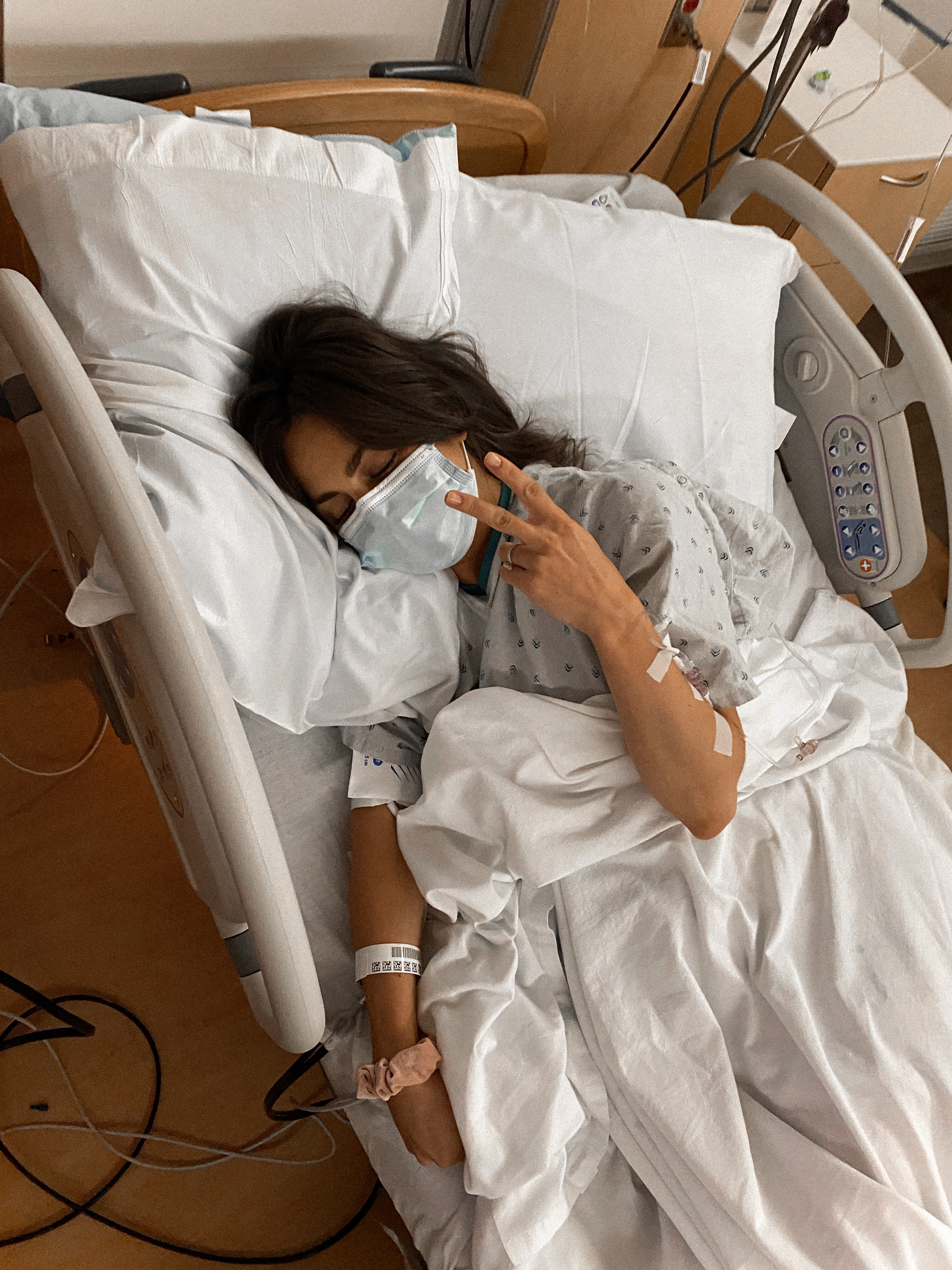 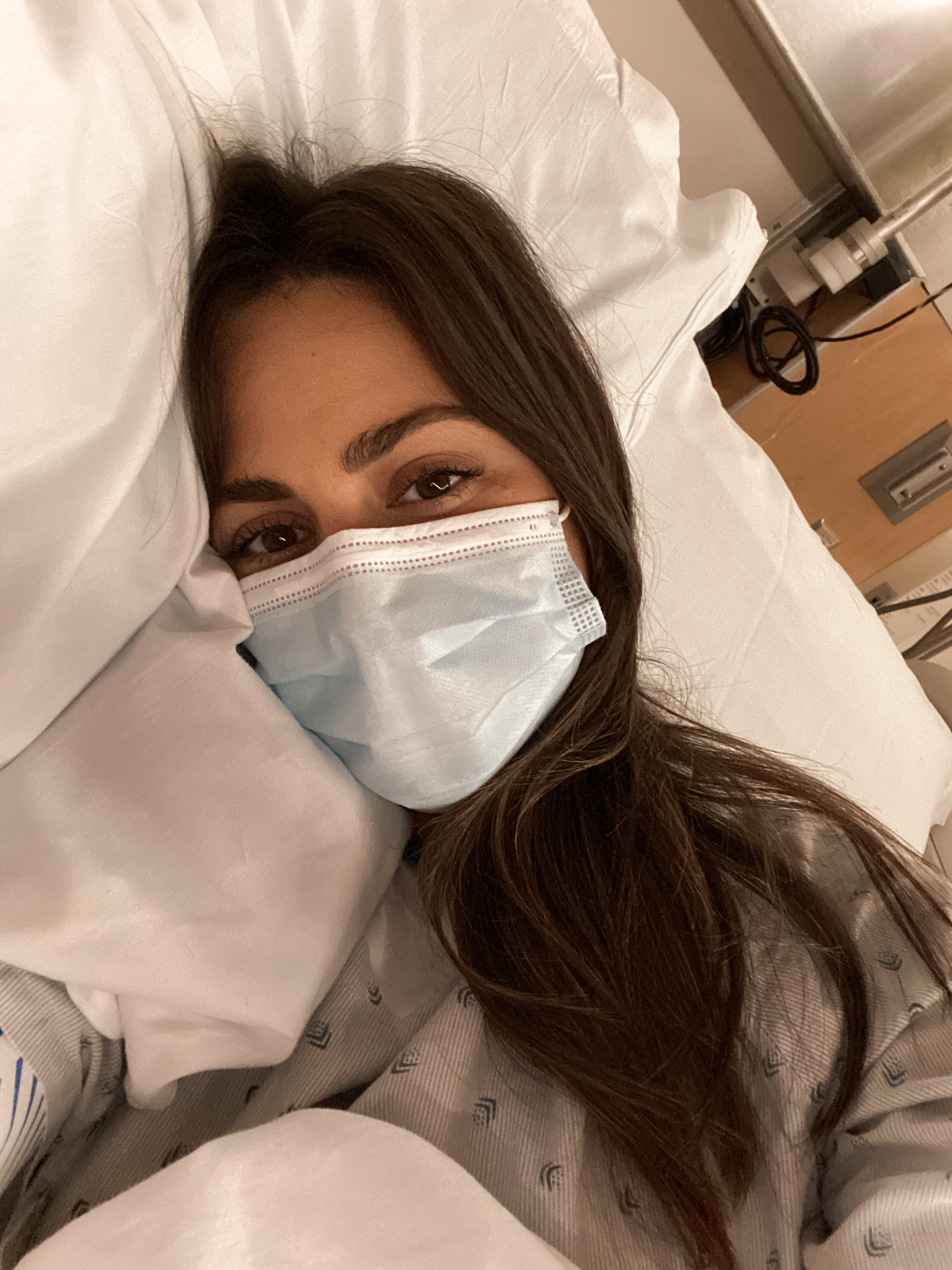 Now this is is when things started to go south. Around 4:30PM, after one of my pushes, baby’s heartbeat started dropping… The nurse asked me to change position, but nothing seemed to bring the baby’s heartbeat back up. I could tell she started looking concerned, looked at me and said, « I’m going to press on a button and a lot of people are going to come in the room, but don’t be alarmed ». That’s when I knew things were serious. It wasn’t long before a group of 6 medical personnel rushed into the room. They made me change position about 5 times in hopes of relieving pressure from the baby’s head, gave me a shot to lower my contractions, but nothing seemed to work. After a few minutes of trying to bring the baby’s heartbeat back up, they explained to me that they needed to take me into the emergency operation room. At that point, a million thoughts were going through my head. I was so scared… scared for my baby, scared that I would need a c-section, but still I tried to keep calm. When we got to the operation room, my husband wasn’t allowed in, which made things even more nerve-racking. I have to give props to the nurses though who did everything to make sure I was doing ok and kept trying to reassure me. I felt so helpless, like my body was working against me. A few minutes in the operation room, my girl’s heartbeat started stabilizing. I was so relieved. They let my husband back into the room and my doctor finally arrived. They explained to me that we basically had 2 options at this point. We were going to try to get her out by a vacuum-assisted vaginal delivery, however, if that failed, we would need to proceed with an emergency c-section. I nodded, mentally preparing for the worst. Still fully numb from the epidural, I wanted to avoid a c-section at all cost and pushed like I never pushed before